This might be the first of more than one post. I have been collecting, when possible, social media propaganda items regarding recent natural and unnatural disasters (such as local arson caused wildland fires).

Some assertions, like the last one, fail the test of logic. Many assertions can be checked against past history – there is actual data and historical context.
Dr. Roger Pielke, Jr, a professor of environmental policy at the University of Colorado and one of the world’s experts on disasters, has summarized the historical context of hurricanes and disaster damages in series of Tweets sourced to peer reviewed literature and IPCC documents.
Per Pielke’s summary, many of the claims asserted in the media and social media are not true.

Not everything you see on social media is real, although I am certain this is genuine: 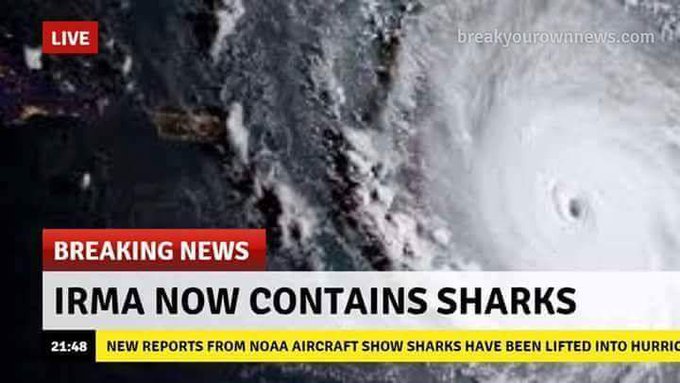 This post is about using events (in this case, disasters) as the basis of propaganda messaging. Nothing in this post is about climate change promotion or denial and should not be construed as such.

Any cookies that may not be particularly necessary for the website to function and is used specifically to collect user personal data via analytics, ads, other embedded contents are termed as non-necessary cookies. It is mandatory to procure user consent prior to running these cookies on your website.